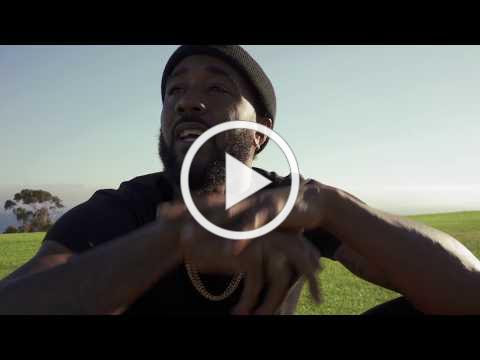 Multi-talented Compton rapper and producer Problem shares a poignant music video dedicated to his late friend Nipsey Hussle. Premiered with Complex, the Joshy Gonz directed visual brings Problem to a clear open space, both figuratively and literally, as he comes to terms with the tragic passing of his close friend. The song is produced by Nipsey’s in-house production team Mike & Keys with saxophone and vocoder from Terrace Martin. Clips from Problem’s short film A Compton Story, which contains an original version of the track, are featured in the music video as well.

Problem says, “I just want to say with this song that I hope we start loving our people while they are here instead of waiting for a tragedy to happen before we give out flowers. I hate that we are learning the hard way that you truly don’t know what you got till it’s gone.”

He continues, “I originally recorded the song alone on my balcony to the beat from Janet Jackson’s ‘Got ‘till It’s Gone’, explains Problem. “Then I played it for Mike & Keys and it immediately struck a nerve in them. So they added their magic to flip it for this tribute. Producer E. Dan came with the keys, then my brother Terrace Martin blessed it with saxophone and vocoder to tie it all together.For the video, Joshy Gonz found that perfect location. He co-directed my film A Compton Story, so he knew right away what I needed visually for this special song.”

“Janet Freestyle (Remix)” is featured on Problem’s forthcoming album Coffee & Kush Vol 1 available via Diamond Lane Music Group/Rostrum Records on May 29. Lead single “Don’t Be Mad At Me,” which started as a genuine heartfelt apology to his girl has already gained over 1 million streams on Spotify. HotNewHipHop said Problem “delivers some bonafide California pimp talk…over a bouncy West Coast beat” on the track. He followed with “G Shit,” sharing a personal story in the music video about overcoming a traumatic childhood experience. Los Angeles Leakers said the song’s “instrumental is all west coast soul, like ‘XXplosive’ at its bare bones.”