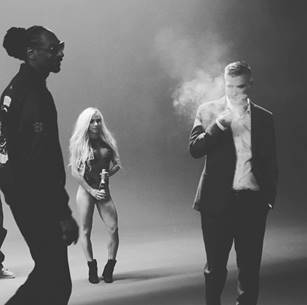 “Celebrate,” the new official music video from Young Grey and Snoop Dogg (starring Chanel West Coast) is out now!  Filmed at Penthouse 45 in New York and the Doggy Style Records Compound in Los Angeles, the music video has a James Bond meets Back to the Future vibe!

The new “Celebrate” video is the most recent release from Young Grey, who fell in love with Rap when he was 10, shortly after his hair started going naturally grey.  Young Grey got used to being teased about it but in the longrun it just made him tougher! “Celebrate” was written by Young Grey, Snoop Dogg and Mista Choc (who also produced the video,) and was directed by Big Percy, Max Kupetz and Mark Moritz.