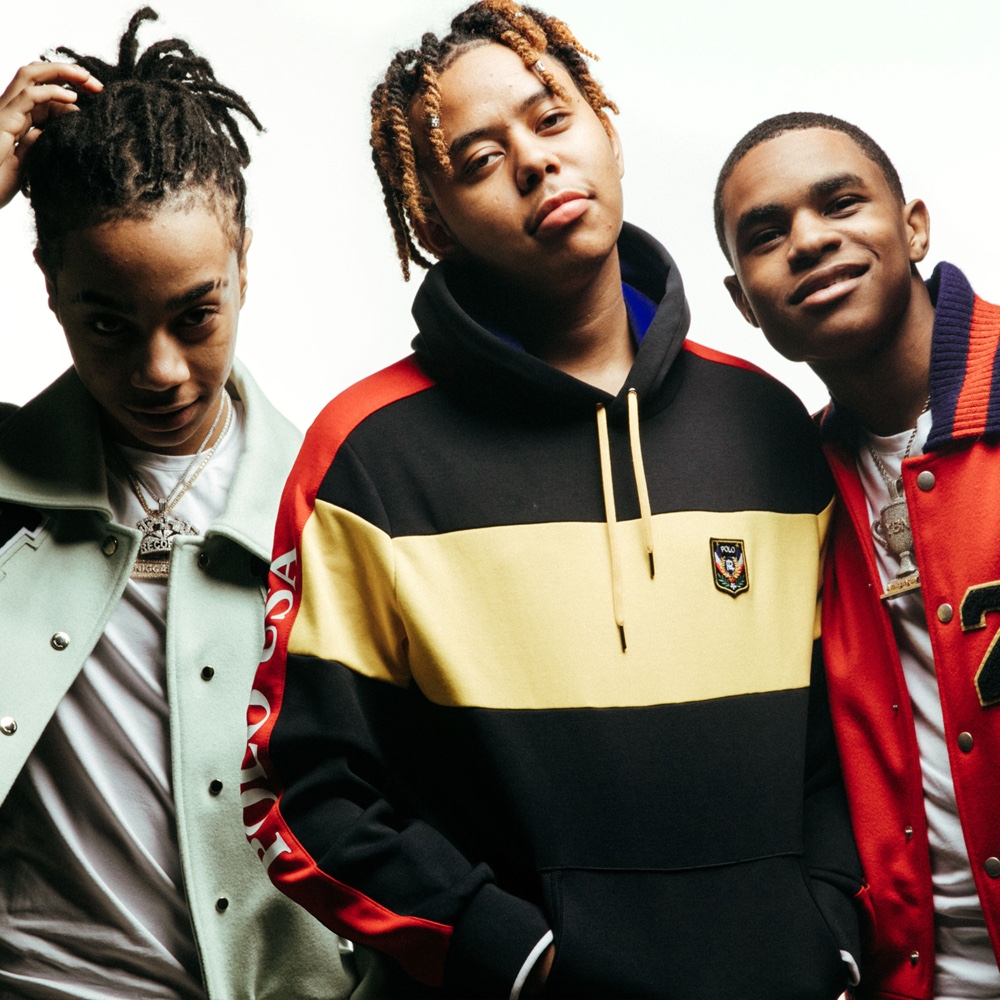 Think NWA meets GTA. YBN (Young Boss Niggas), a multi-member unit, formed after the country-wide collective met while freestyling as they played online video games. The crew began to make noise beyond the gaming community when YBN Nahmir’s “Rubbin Off The Paint” music video was released on WorldStar. The track served up Nahmir to be the face of YBN, with his “Rick and Morty” references and menacing, monotone flow. The Alabama native later returned with “Bounce Out With That,” a record that is just as inspired by the Bay Area as the young star’s best work. YBN Almighty Jay and YBN Cordae also quickly emerged, with standouts “Chopsticks” and “Kung Fu,” respectively. The pair, one from Texas and the other from the DMV, offer contrasting options when compared to Nahmir, with Almighty Jay’s drippy styling and Cordae’s backpack fare. Riding high with the release of the YBN mixtape, these three are prepping new music to arrive in 2019. For our DSCVR ATW performances, Nahmir and Almighty Jay teamed up for the bouncy “Nah For Real,” and Cordae helmed things for a solo flight through his flicky “Kung Fu.”