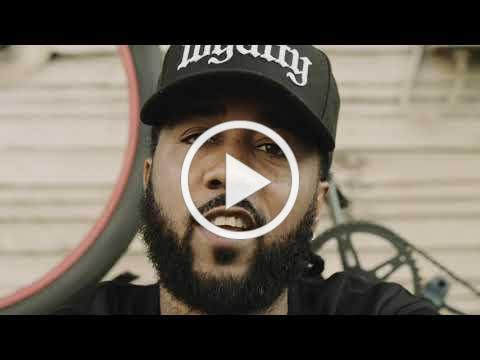 Grammy-nominated Compton artist Problem releases a new music video for “Keep Ya Head,” the soulful introspective opening track from his album Coffee & Kush Vol 2 available now. In the Joshy Gonz & J. Benavente directed video, Problem takes you on an intimate morning ride with him through the streets of LA. Backed by a calming beat, he dishes out wise words on how to survive and thrive in a world where the odds are stacked against you.

Problem explains, “The ‘Keep Ya Head’ music video is me starting my day and reflecting on what’s going on in the world. Taking in the world’s troubles and then giving out well-earned game in the process. It’s also my 5 year old daughter Jordyn’s favorite song right now lol.”

The new clip is the fourth video from Coffee & Kush Vol 2 following fan-favorite “Don’t Be Mad At Me” Remix featuring Snoop Dogg and Freddie Gibbs, the feel-good joint “Nothin” featuring Jack Harlow and Jay Rock, and the hard-hitting West Coast track “Florence.” VIBE recently declared “PROBLEM IS A HIP-HOP GREAT!”, while Inked said, “Compton, California has raised some of hip-hop’s greatest stars, and lyricist Problem is ensuring his name will be remembered among them.”

In addition to the Coffee & Kush album trilogy, the Compton businessman has branched out with his own coffee line Green Hour Coffee. The company recently introduced limited edition Coffee & Kush merch items available at www.coffeeandkushmugs.com. He also launched 50million, a film company where he wrote, directed and starred in his first short film A Compton Story which premiered on TIDAL and is currently available on his IGTV here.