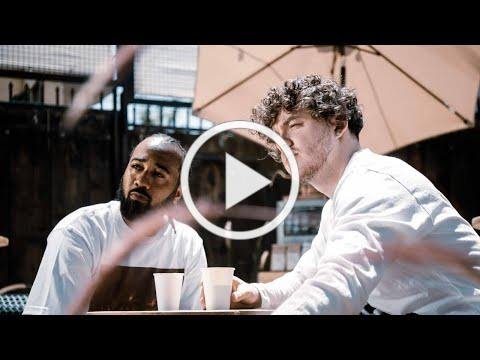 Grammy-nominated Compton artist Problem recruits Jack Harlow and Jay Rock for a smooth, feel-good single “NOTHIN” produced by Problem, Mike & Keys and 2fo. Filmed at Chace Infinite’s Harun Coffee Shop in Leimert Park, the rappers get their fix of coffee and kush before they hit the grind, all while pumping you up to feel like a boss too. Problem’s newest business venture Green Hour Coffee is featured in the music video which is exclusively sold at Harun Coffee Shop and online at greenhourcoffee.com.

“This video is an ode to the Coffee and Kush movement. We get up and get to it! Day time, coffee, weed, boss talk, LA. It gets no better than that,” notes Problem.

The new single follows Problem’s hit remix of “Don’t Be Mad At Me” featuring Snoop Dogg and Freddie Gibbs. “Don’t Be Mad At Me” Remix landed on top Spotify and Apple Music playlists including Rap Caviar and The Plug as well as Viral 50 charts across the world, from the US to Australia to Finland. Check out its music video currently airing on Revolt; it showcases smooth lyrics, beautiful women, old school whips, and Snoop’s signature hilarity during a game of hoops.