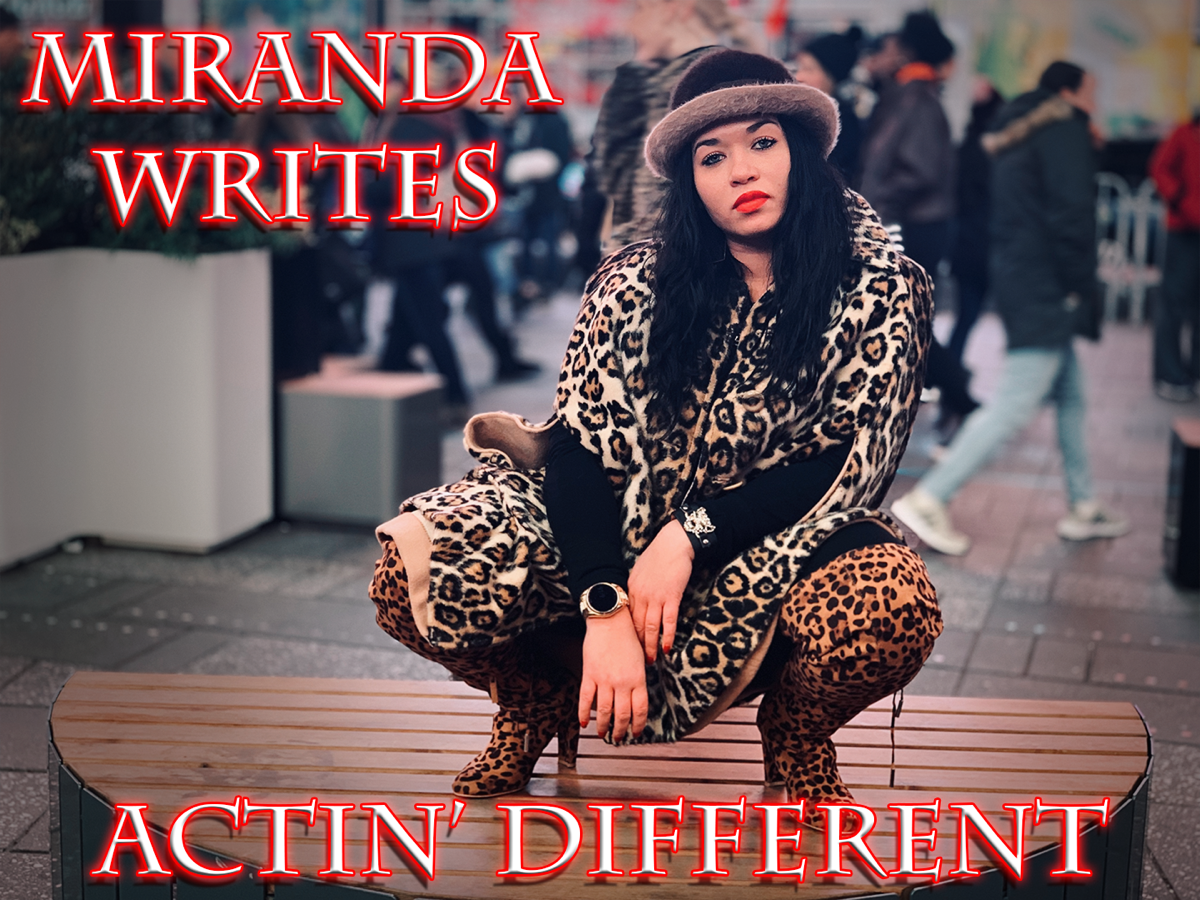 Miranda Writes, known for her eclectic and edgy style has once again awed us with her latest release “Actin Different”. Her wordplay, lyrics and beat selection is reminiscent of that “90’s hip hop vibe” that appears effortless while her fun and noteworthy confident chorus forces us to sing along.

“Actin Different is inspired by the fact that we all sit on our phones constantly scrolling assuming we know people just based off of what we see. We’re more than that, we’re more than a “story” and I just wanted to share a little bit of mine” Miss Writes quotes.

With a plethora of releases in 2018; and her chart topping single “Too Blessed” (that rose to number 5 in the pop singles of Digital DJ Pool alongside Nicki Minaj, Jason Derulo, Snoop Dogg, and Ciara) it’s clear Miranda Writes has no intention of stopping as she makes her mark as an indie artist.

Miranda’s latest release “Actin Different” is now available on all digital platforms and video can be seen here.

As a snowboarder Miss Writes has also “proved snowboarding and Hip Hop go hand in hand” as featured inHype Magazine. As the New York City ambassador for The Chill Foundation (founded in 1995 by the Burton Snowboard founders) Miranda will encourage, instill, and lead various workshops both on and off the slopes to incorporate Chill’s core values: respect, courage, patience, persistence, responsibility, and pride.

About Miranda Writes
New York City-based artist Miranda Writes creates lyrically- focused hip-hop with an eclectic sound that crosses genres and decades. Inspired by 90’s hip-hop and contemporary music, Miranda has a modern yet back-to-the basic sound powered by original lyrics. When not on the mic during the winter Miranda loves to snowboard, and she is now the New York City ambassador for The Chill Foundation (founded by the founders of Burton Snowboards) which allows underserved youth to overcome their challenges through board sports.